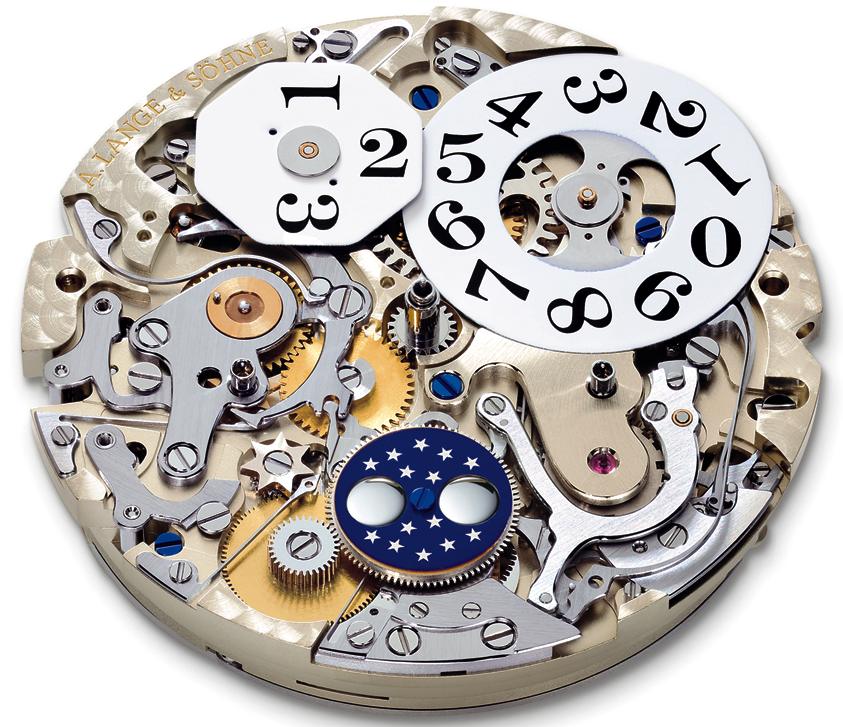 Datograph Perpetual is a wristwatch by A. Lange & Söhne.

With this 2006 launched self-winding luxury chronograph A. Lange & Söhne combined for the first time in a wristwatch a chronograph and a perpetual calendar, which are exactly the two “opposite” extremes of timekeeping: short-term and permanent.

With its flyback function the chronograph can instantly be set to zero with a single keystroke during the time of measurement, whereafter the new measurement starts immediately. The perpetual calendar shows day of week, month, leap year, day/night indication, moon phase and big date. The latter must be switched forward by a day only in 2100, making it become the “Eternal big date”. The moon phase indication is so precise that it must be corrected for one day only after 122 years.

Till 2010 the Datograph Perpetual was offered solely in platinum with a hand-sewn crocodile leather strap or a bracelet quality available from platinum.

2010 a version with a rose gold case was launched. This version already bears the features of the modified dial design of the white gold version launched in 2015, see below.

In 2015, a revised version of the watch with white gold case appeared, see: