The Lange L951 is a hand-wound manufacture movement with flyback-chronograph function by A. Lange & Söhne. 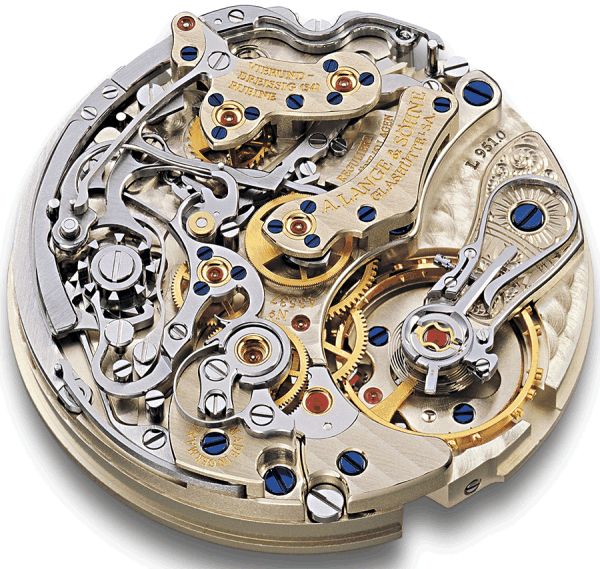 The Lange L951.0 is based on the previously released caliber L951.1, where the date function was removed.

Used in the 1815 Chronograph Flyback model. 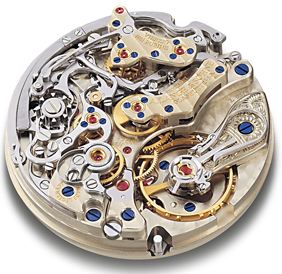 The hand-wound calibre Lange L951 is an entirely newly developed chronograph movement in classical column wheel design and has a flyback function. With an adjustable shift lever, the exact point of the jumping point of the minutes counter can be set in the assembled movement - an invention for which Lange has received a patent. Also patented is the two-disc mechanism of the big date. The shock protected screw balance makes 18,000 vibrations per hour and is adjusted in five positions. The Swan's neck fine regulation with patented beat adjustment mechanism is mounted on the small balance cock. It is hand-engraved.

The three-quarter plate in untreated German silver is decorated with Glashütte Stripes, the edges in the movement are angled and polished.

40 jewels synthetic ruby, of which 4 are screwed in gold chatons, reduce the mechanical friction in the movement to a minimum. 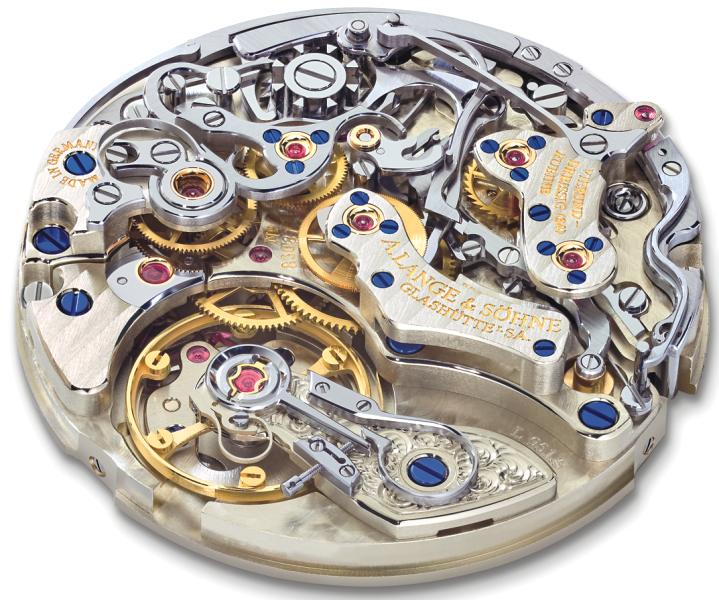 Further development of the L951.0 caliber with column wheel mechanism and stepped snail for the precisely jumping minute counter.

Used in the A. Lange & Söhne Datograph Up/Down. The watch's larger case allowed the mainspring barrel to be enlarged, thus increasing the power reserve to 60 hours.