The web encyclopedia Watch Wiki presents an abundance of information about top quality wristwatches and the most prestigious watch companies which produce them.

With emphasis on high class mechanical watches and covering the best timepieces and their manufacturers in the first place, this watch wiki suits as reading matter for the connoisseur of this fascinating species of watches. So one could call it a special "Wikipedia for Watches".

Here you can find an abundance of details about the leading watch brands and the best timepieces of the world, but also background reports about watch history and about the famous watchmakers and their career.

This website is also very useful as a handy shopping guide, because it is very fast, neutral, independent and provides important background information.

On this day September 29: 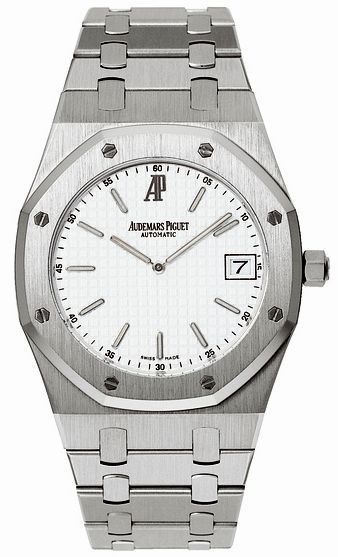 The 2019 Grand Prix d'Horlogerie de Genève awards were announced, with an unprecedented 19 trophies given. Audemars Piguet won the “Aiguille d'Or” Grand Prix for the Royal Oak Selfwinding Perpetual Calendar Ultra-Thin, while Kudoke took the “Petite Aiguille” for the Kudoke 2 and Tudor won the Challenge Watch Prize for the Black Bay P01.

Newcomers Genus, Kudoke, and Ming won their first award, while Audemars Piguet picked up 3 more, cementing their status as the most honored company in history. Voutilainen also impressed, with 2 awards, while Chanel and Seiko continued their dominance of the Ladies' and Sports/Diver's watch categories. Luc Pettavino was honored with the Special Jury Prize for founding Only Watch. 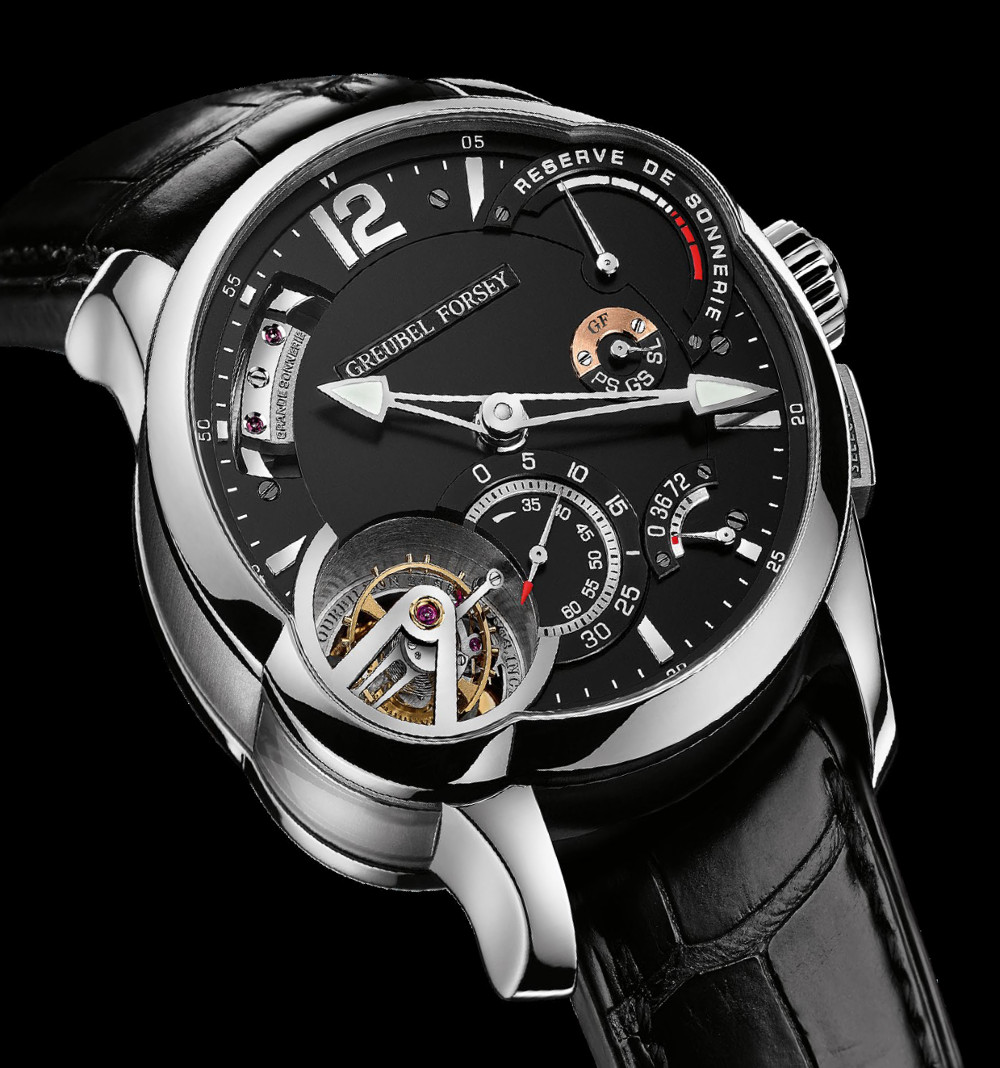 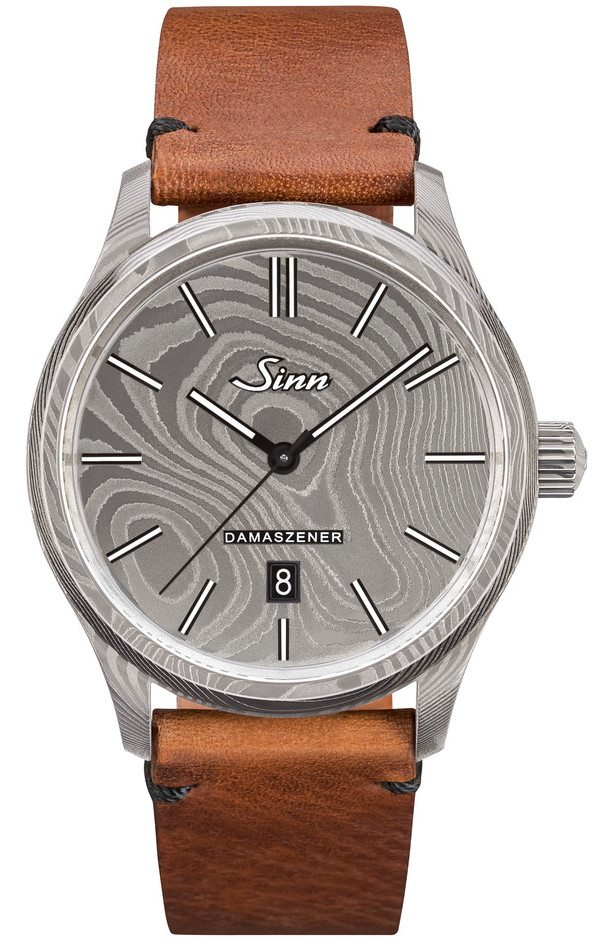 The Frankfurt watch manufacturer Sinn presented a 100 pieces limited watch made of Damascus steel on the MunichTime in 2018. In order to bring the characteristics textures of Damascus steel to the fore – an organic pattern of alternating bands of light and dark – the dial and central part of the case are forged from a complete steel block rather than designed as separate components, as is customary. The result is rather remarkable for the Damascus pattern on the dial continues across the entire case to create a fascinating and impressive whole.

Damascus steel has fascinated humankind for centuries. It gained its legendary reputation above all in the making of swords, knives and blades. Damascus steel is a combination of at least two different types of steel, layered to create the aforesaid surface design.

The traditional art of making Damascus steel is very elaborate and portrays a unique blend of craftsmanship and application. During production, the different types of steel are layered and forge-welded together.

The piece is then forged, halved while in a glowing state and layered together again. Experts refer to this as ‘folding'. By combining soft and hard steels, a new kind of steel is created, one which displays properties of both. In the final stage of production, the Damascus pattern is made visible through surface etching. The steels are dissolved to varying extents by acid, thus forming the typical light and dark nuances.

Also during production of the 1800 S DAMASZENER, the layered structure is made visible through final surface etching, which gives the material its characteristic appearance. Each watch thus becomes an extraordinary and unique timepiece, as the flow of lines cannot be physically manipulated. 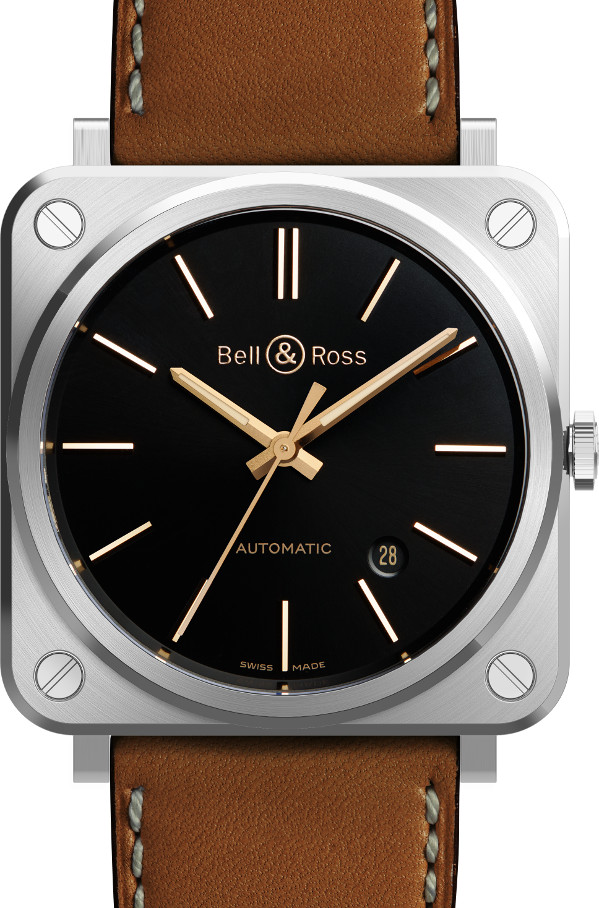 In December 2018, Bell & Ross presents this new model with the typical square case. The watch has a black dial with gilded indices and can optionally to be combined with a caramel colored leather bracelet or a Milanaise strap. 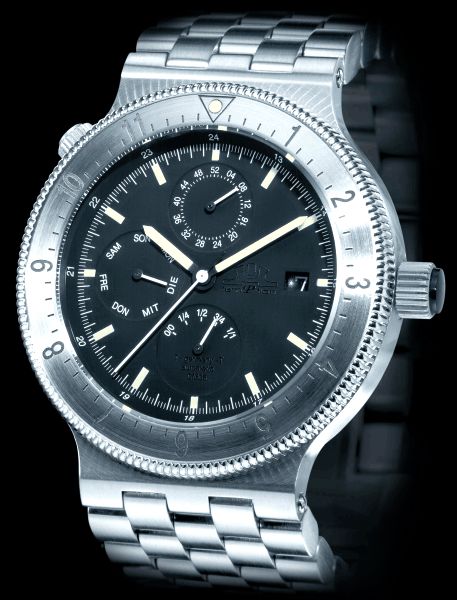 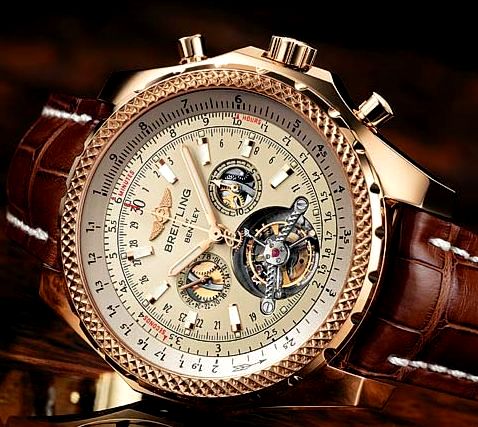 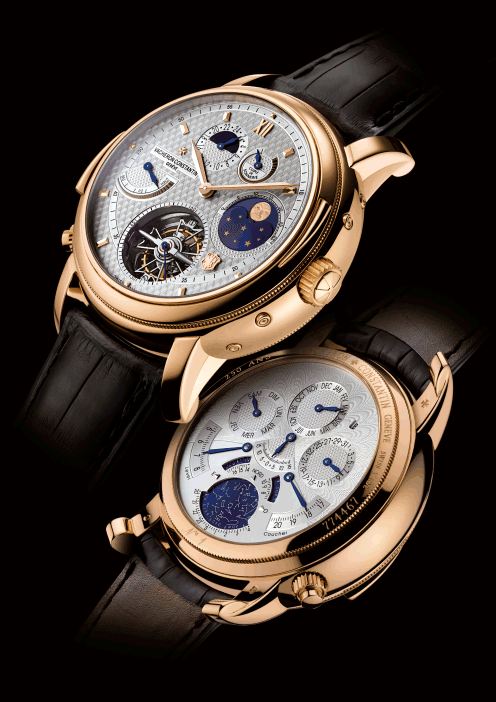